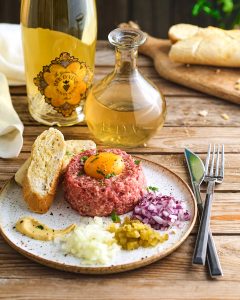 This week almost 40 weather stations across the United Kingdom reported record-breaking temperatures of over 100°F (40°C). There were widespread fires as result, so Sadiq Khan, the mayor of London issued a statement asking for Londoners not to do any barbeques.

No one died from the fires but there have been heat related deaths (we end this story on perils of global warming and the surprisingly strong effect that meat consumption has on the environment inspite of the apparent contradictions).

So what if you crave some meat, the major tells you not to BBQ, and it’s too hot in the kitchen? Well obviously, raw-meat comes to mind, no?

Did you know that honey wine and raw-meat dishes have a similarly storied and universal pedigree while both are staples in Ethiopia?

Before the invention of fire about half a million years ago – (of course honey wine was around then) there would be little option but to digest meat in raw form, and even after the invention of man-made fire, ease of preparation and lower cost, if not habit, would have made raw-meat highly desirable.

Even with fire in one’s toolkit, it probably took a great deal of effort to rub sticks together to create a fire – even more so in winter not to mention when it rained!

Raw-meat dishes, just like honey wine, are ubiquitous around the world (download a free e-book or audiobook of our award-winning The Celebrate Story of Honey Wine, where, in the glossary, you’ll find almost 200 languages to describe honey wine).

Other than bread, or Coca Cola perhaps, it’s hard to think of other universal foods, beverages or particular style of food preparation that’s near universal.

Note, I largely do not describe raw-meat as ‘tartare,’ for the same reason as we do not use ‘t’ej’ or ‘mead’ to describe Bee d’Vine honey wine. These terms refer to a specific style of honey wine or raw-meat and describe a food or drink from a specific location or language. But mead and meat are melodiously tempting together!

Isn’t it interesting that in the largest honey wine consuming country, Ethiopia, one finds that the kitfo bet and qu’rt bet (restaurants that serve exclusively raw-meat dishes) are as ubiquitous as the t’ej bet (bars serving only honey wine)? There are literally thousands of these establishments spread throughout the country.

In fact, a classic pairing is kitfo with t’ej – I enjoyed this combo recently with a fellow t’ej enthusiast Lidya Bekele who Twitted this picture of us at a kitfo bet, literally kitfo house, restaurant in Addis Ababa’s Bole district. 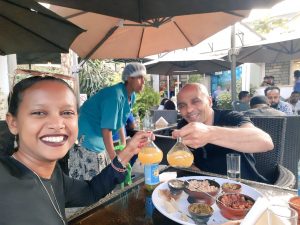 Archeological evidence points to this part of the world as the origin of early and modern humans. Honey wine & raw-meat coexisted peacefully together as fine pairing at the beginning of time, so people in the Horn of Africa must have thought, “why change a good thing?” and kept going with it until today.

As a side note, notice from the Addis picture, t’ej served with the requisite berele (available on our online shop, or as free gifts if you join our wine club, Club d’Vine).

The prevalence of raw-meat eating culture in Ethiopia has caught the attention of many food appreciators. In fact, I was interviewed about the subject in 2011 when the Los Angeles Times called me to ask about qu’rt  (with reference to my quote, in the decade since the article, more women have started frequenting the qu’rt bet usually with their male partners or in groups of mixed sex).

Now it’s time to put your raw-meat where your mouth is, and to help with that, I’ve compiled a list of raw-meat dishes from around the globe. If you find yourself in any of these countries why not venture from your comfort zone and try one or two?

Or better yet, simply prepare a dish at home!

You’ll have endless choices in Ethiopia (my favorite dish is dulet), and outside of Ethiopia the only other raw-meat restaurant I’ve been to is in Lisbon. If you find yourself there, make a point of visiting Tartare-ia, atartare restaurant in the famed Time Out food hall. Maria Machado has done an excellent job with the concept and would be delighted to see you.

So below is the most comprehensive list of raw-meat dishes in the world. Who knows, perhaps it can inspire the first raw-meat ‘un-cook’ book or at least update Wikipedia:

There is good news for vegetarian, vegans or simply veggie-lovers: more than half of the year’s days in Ethiopia are vegan for those observing the Orthodox fast. During such days, a vast majority of the qu’rt and kitfo bet are closed, so you can equally enjoy t’ej with a delicious atkilt or shiro.

While honey wine is the most sustainable beverage on Earth, meat is not so blameless. Enjoy your kibbeh or kifo – of course with a glass or berele of  Bee d’Vine by your side – but it’s wise to keep meat intake in moderation for both your health and the health of our planet (read The Sustainability Secret, the book which inspired the film Cowspiracy, to learn more about the environment impacts of meat production).

In short, meat accounts for a significant share of global warming and water use. The impacts of meat are primarily from methane release and the high water to meat conversion cycle – with beef being the most intensive (it takes almost 2,000 gallons of water to produce just one pound of beef in the US!).

It’s suspected that one doesn’t hear much about the evils of meat from politicians and environmental non-profit organizations (as say coal or fossil fuels – these inputs have indistinguishable substitutes to end-users whereas meat currently does not, in my opinion) lest they call for dietary changes and offend their wealthy, largely meat-eating, constituents or donor-base.

Meat was innocent in ancient times when raw-meat and honey wine were enjoyed together by early humans only on rare occasion, say after a successful afternoon hunt.

However, the increased meat consumption in the modern age from domesticated cattle and commercial feedlots combined with massive population growth led by modern medicine in the last century have created an equally massive, unsustainable, increase in meat consumption.

Furthermore, raising living standards and incomes in the 21st century is leading to the substitution of meat away from other food groups.

We cannot afford to have more record-breaking temperatures in any part of the world.

Let’s say cheer to that and to the occasional tartare! Good appetite. 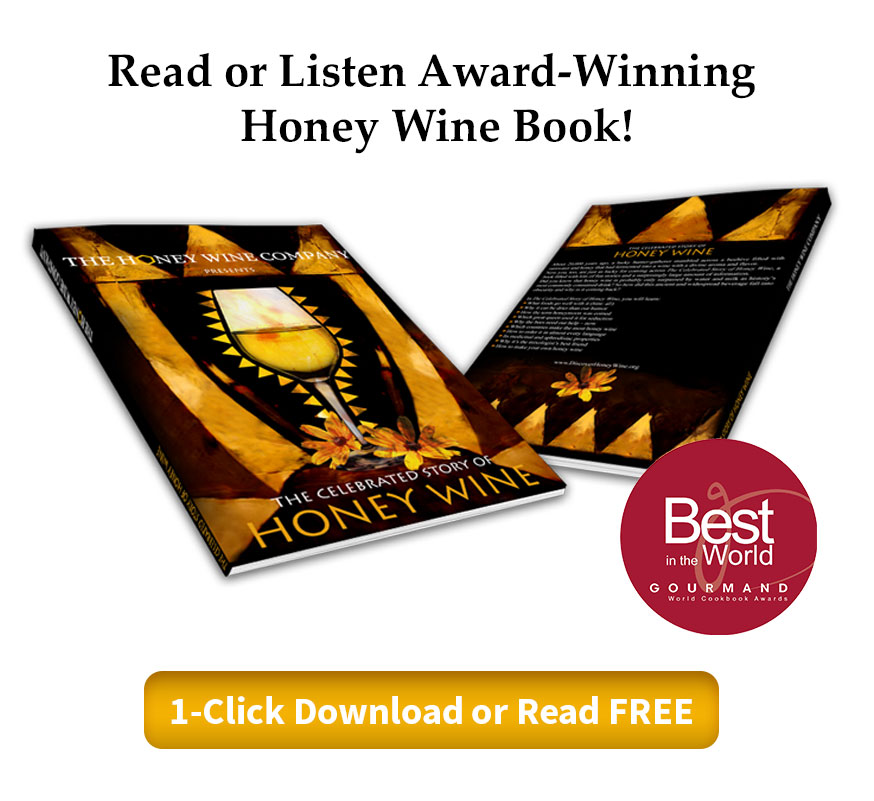